The Urho-class icebreaker Sisu is very similar to its sister ship. The main engines of the ship comprise five Pielstick 12 PC 2–5V V diesel engines, manufactured under license at the Wärtsilä shipyard in Turku. Each cylinder has a bore of 400 mm, with a stroke of 460 mm. Each engine powers an AC generator, which, in turn, power the four engines driving the thrusters. The main generators, the engines driving the thrusters, the auxiliary generators and the control equipment for the machinery were manufactured by Strömberg. The ship’s engine room is unmanned; only the control room is manned.

At full power, the two rear thrusters use 60 % of the power, which leaves 40 % for the two fore thrusters.

Just as on the Urho, the Sisu’s fore thrusters rotate inwards and push water underneath the hull when the ship is sailing ahead. Water flowing along the vessel’s sides helps to reduce friction between the ship’s hull and ice. The rear thrusters rotate outwards, causing the crushed ice to be thrust under the unbroken ice sheet and allowing the broken channel to remain open. Like the Urho, the ship is also equipped with a heeling mechanism for difficult ice conditions. When the system is in operation, three pumps transfer water inside the hull and are capable of heeling the Sisu by 13 degrees in 50 seconds.

On the Sisu, the space reserved for entertaining state guests on board the Urho was originally reserved for training facilities for seafaring students. A room for 40 people can be created on board the Sisu by combining the vessel’s cafeteria with the adjoining auditorium. The vessel was designed to incorporate quarters for 54 crew members, each with a single cabin. The cabins for the officers also include a private toilet and shower.

The ship also features a library, a gym, two saunas and a swimming pool. Today, the vessel’s crew complement is 21 on icebreaking duty. When the Sisu is deployed on ice-breaking assignments, the vessel’s crew works on a schedule of six hours of work followed by six hours of rest. This cycle is repeated for 20 days, after which the crew have 10 days’ leave.

In 1982, the Sisu underwent modification at the Wärtsilä shipyard in Turku to burn heavy fuel oil. Another modification, the alteration of the Sisu’s bridge, was completed in December 1988 at the Kotka repair yard of Wärtsilä Meriteollisuus. 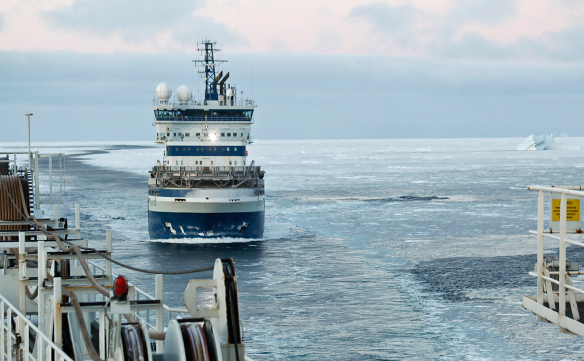